Our History in a Nutshell

Morrison Lodge started out as Northwood Lodge in 1874, in the First Masonic District, with Frank W. Murphy as our first Worshipful Master. We became Chartered as Morrison Lodge in 1875, named after Robert Morrison, at whose home the first meeting was held. Morrison, a native of Northwood, had been a Mason for over 50 years, served as Master in St. John's Lodge in Portsmouth, and was a charter member of Northwood Lodge. The Lodge rented meeting space for ten years before building their own hall in 1885.

In June 1890, the Lodge bought six spittoons, and held a picnic at North River Pond. The Lodge building doubled in size when the Grange built their hall on the back of the Masonic Hall in 1899. In 1902, the lodge purchased $6.50 worth of cigars. Dues were $2.00 in 1909. In 1912, the lodge bought $6.00 worth of cigars to replenish their supply. More money up in smoke. The lodge sought further light in 1914 and installed electric power ten years before the rest of Northwood became current. In December 1917, we conferred all three degrees in the same day on a Sergeant in the U.S. Army. Lester Grey returned from the World War and served as Master of our lodge in 1929 and 1946. We paid $10.00 to Grand Lodge in 1936 as a fine for not attending Grand Lodge that spring. In 1940, Morrison Lodge hosted 140 Masons at the hall for a banquet and a Master Mason degree performed by St. Paul's Lodge of South Boston.

In 1942, a committee was formed to look into an indoor toilet. They liked what they saw, and installed one at the hall, six years later in 1948. The Lodge celebrated its 75th anniversary in 1950 and a good time was had by all. In 1953, the members voted to give the Bow Lake Baptist Church their old furnace, it received a warm welcome. We built a float for the Town of Northwood 200th Birthday parade in 1973, it was smooth sailing, yet there were plenty of waves along the parade route. In the mid 1990's, Morrison Lodge took over the Northwood Crafts Fair, and we have been keeping track of our fellow crafters ever since. We built a twelve foot tall birthday cake on our float for Northwood's 225th birthday parade. Route 4 was blocked off for several hours on that day in August 1998. In the year 2000, we held a combined Table Lodge with Harris Lodge in commemoration of both our Lodges being 125 years old and being chartered at the same time. In 2006, we installed a modern septic system, so we can finally use that toilet we installed in 1948.

On Saturday, September 28th, 2019 our beautiful building caught fire and burned completely to the ground. We will be updating this history of our building in the very near future. Please send all emails and pictures of all memories to: 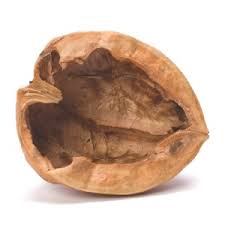